What's wrong with our healthcare system? 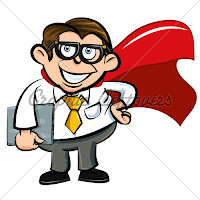 What is wrong with our healthcare system??
Before you answer that question, let me tell you a little story that happened to me today..
As the healthy person I am (thank God for that), I rarely every go to the doctor (except for my annual ob/gyn check up), but since this is a new year and I'm still going down my resolutions list, I decided to schedule an appointment with my primary doctor for a check-up and some routine blood work.
When I made the call the schedule the appointment, I asked for the first appointment of the day, which happened to be at 9:15am. I planned my day accordingly and showed up at 9am, wrote my name down in the check-in sheet and patiently sat down and waited for my name to be called out...I was the first person in the office, so I assumed I'd be in an out.. (yeah right!)
...45 minutes went by and I started noticing that everyone that had come in AFTER me, was taken in to see the doctor BEFORE me.. I politely approached the secretary and asked her what the order was.. she said "you have to wait".. I proceeded to ask her "do you know how much longer?".. and she looked at me like I had said some sort of joke... and very rudely replied "If you don't want to wait.. you can go ahead and leave"... I thought to myself.. "are you kidding?  is this really happening?".. I said to her, "well, if you don't care about my time, I do.. and if you don't take me in within the next 5 minutes, not only will I leave, but I will also report your office to the medical board".. Granted, I don't even know if that's possible, but I sure did scare her and I was seen immediately.. The appointment was pretty routine, so there's nothing to say about that, other than I was seen by the PA and not the actual doctor (what a joke!).. I was given some paperwork to take to the lab and since I was fasting, I walked over to the lab next door....
As I was coming into the lab, I noticed a sea of people in the waiting area and though "oh gosh.. another hour to be wasted!"  ( Turns out I was wrong, I wasted TWO hours).. The staff at the lab were horribly rude and their service was pathetic...they kept yelling out people's names like everyone were deaf..There was an old man waiting for blood tests, he must have been at least 80.. He approached a staff member and said he was a diabetic and hadn't eaten at all today.. he asked if he could be taken in so he could go home to his bed-ridden wife with Parkinson's disease and also said he wasn't feeling too well.. He was clearly sick and I noticed he was very pale (he was probably really hungry too).. The lady said "sir, I don't care if you're sick.. you need to wait in line!".. I was appalled at the reaction she had and secretly wished the old man was my grandpa so I could jump on this lady and kick her ass for treating him like that.. what is wrong with people??
So, after my painful two hour wait at the lab, my blood was drawn by some "beast" who seemed to have no experience whatsoever and I was out of there...(my arm is still bruised)
I am so disgusted with the way I was treated today.. I can't believe our healthcare system is such a nasty business, where people have no regards for others' feelings or needs... so so sad..
Today I hate doctors and I hate the idea of having to deal with an asshole who is surrounded by more assholes who think they are super heroes!
So, what's wrong with our healthcare system??  A LOT of things...
What a day!
Posted by Stories of a Happy Mom at 10:29 PM

wow. that is horrible and i can't say i have EVER been treated like that. if i ever had "service" like that, i would find another doctor.