My little lady is turning 10 today and naturally my day has been a roller coaster of emotions. I have been reminiscing of that exact moment my life changed forever, the day God blessed me by making me a mother and entrusting me with such precious gift. I get so emotional just thinking of the first time I held her and the way she looked at me.
Olivia is the light of my life; she is one the most genuine and loving souls I know and she fills me with so much pride. Everything she does comes from a place of love and dedication and that makes me so happy!
She is incredibly caring, well mannered, funny, brilliant and just good all around.  She is also the best arguer you will ever meet and at the short age of 10 she has the ability to confront everyone with hard and well thought out arguments to get her point across.  I really love that she is so self confident and well rounded... I'm sure these will be great traits during her teen years..
She loves traveling, reading, writing and even cooking and is really growing into a beautiful young woman, she will be starting 5th grade soon and I know she will rock it! Olivia is also the best big sister anyone can ask for and even though she loves teasing her sister Gaby, I know she means well.
So today we celebrate our big girl who is now officially in the double digits. These birthday celebrations are getting so exhausting but the girls really know how to milk the fact that their birthdays are just a day apart... ha ha! 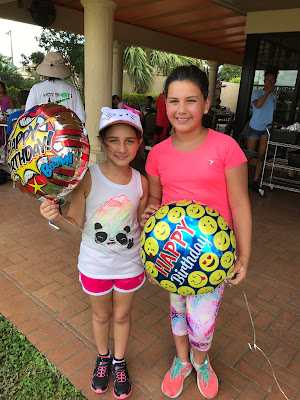 I cannot thank God enough for the wonderful children He gave us and for always blessing us with the right experiences that allow us to teach our children to love life and to always trust in the Lord.

Happy birthday, Olivia.  We love you so much and we hope you know how important you are to this family. Thanks for always being you! 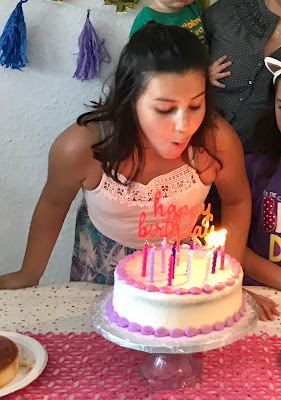 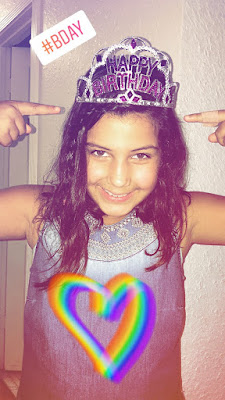 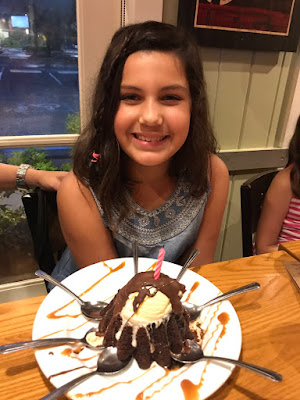 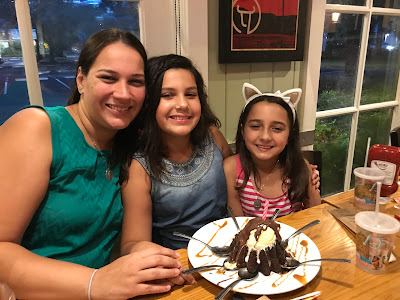 Gaby is 8 today! Time sure flies when you're having fun.. just 8 short years ago, I was in the hospital meeting my 2nd baby and getting ready to be a mom of 2 and today she's blowing 8 whole candles on a birthday cake!
Gaby is the most challenging out of my 3 children; she's incredibly sweet but also incredibly stubborn, really helpful but also really lazy, very sweet and also very sour at times.. Gaby just dances to her own beat and there's no changing her...
She is a very independent girl and most times prefers to play alone rather than in groups; she doesn't mingle without a purpose and doesn't usually get involved in trouble or gossip. At the young age of 8, Gaby is capable of formulating her own very strong opinions and very rarely does she follow people's lead if she doesn't agree; her strong character and leading personality really amaze me and I am so proud to call her my daughter.
Gaby is also an incredibly emotional person, I have a theory that she feels 10x more what people normally feel because she can cry at the drop of a hat; her sense of humor is lacking and she really hates it when people tease her for no reason... this has proven really hard for Olivia who is a natural joker and is always teasing her little sister...
She is an amazing big sister and is so proud of her role in this family; she is a girl with a strong sense of faith and a very gentle soul. I know she will go places and I can't wait to watch her grow into a strong and willful woman.
Gaby will be starting 3rd grade soon and she is so ready for the challenge, she really loves her school and all her friends and I know she will do amazing!
Gaby.. please know that we love you so much; you are such an important part of this family and we feel so blessed that God chose us to be your parents.
Here are some pictures of Gaby's birthday celebrations, one with her friends and another one with the family! 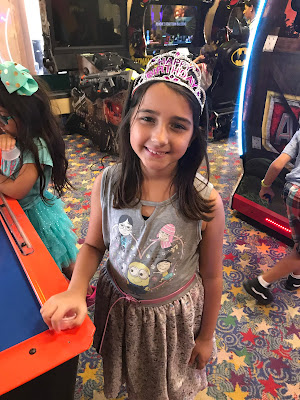 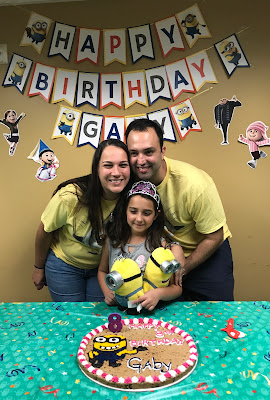 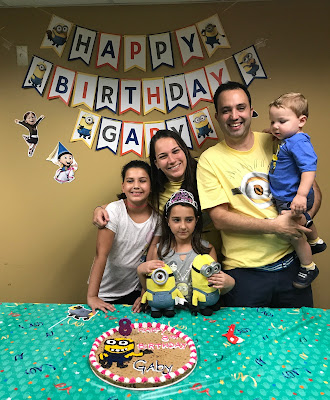 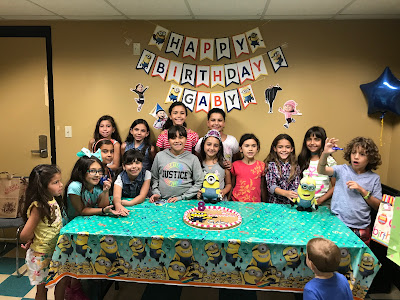 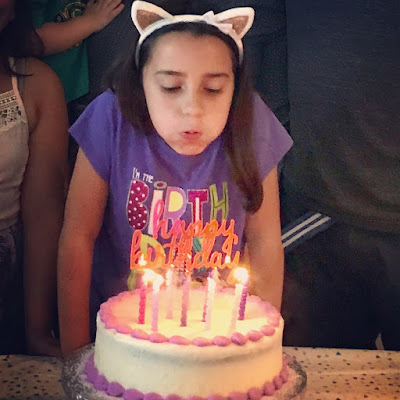 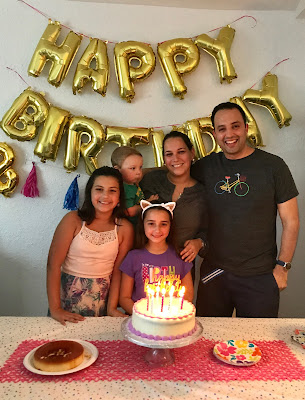 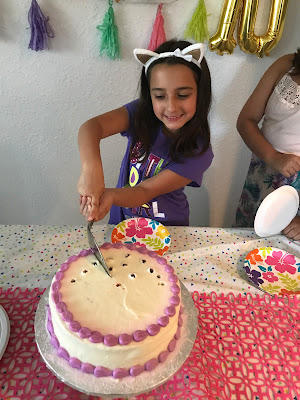 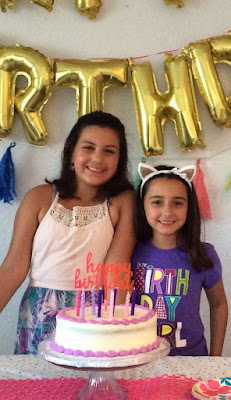 Posted by Stories of a Happy Mom at 10:04 PM No comments:

A week ago we received the awful news that Iggy's childhood tennis coach, Julio, had suddenly passed while teaching a tennis clinic in a sports club.
Apparently he was going about his usual coaching when a fulminant heart attack killed him on the spot.. he was 54 years old and full of energy and love for life.. Julio was loved by many and will be terribly missed by everyone that knew him.
Julio was very special to our family.. not only was he the first tennis coach Iggy ever had, but he had also been coaching our girls for almost 2 years; he had the kindest heart and the most beautiful soul...

But as much as this post is about Julio it is also about the mysterious ways God works and how He is present in everything we do, even when we don't suspect it.
See.. Julio died on Wednesday 06/28 and we had a trip planned for Friday 06/30 and because our flight was scheduled to leave in the early morning hours, we weren't going to make it to his funeral, which was scheduled for Friday from 9am to 6pm.
Iggy was really bummed out about not making it to the funeral because he felt like he needed that "closure" and wanted to say a proper goodbye and also give his support to Julio's family. He sent a message to Julio's son apologizing for not making it to the funeral but he still didn't feel right.

Friday came along and we headed to Ft. Lauderdale airport at 6am (via Uber) only to find out that our flight had been cancelled and the airline was doing everything possible to either fly us with another airline or just reschedule our flight for another day...all we had to do was wait.. who knew for how long...
As we waited at the airport, I thought of Julio's funeral and I felt that maybe this cancellation was happening for a reason... I asked Iggy to find out where the funeral was taking place and it turns out it was somewhere in Miami (for those of you who don't know, Ft. Lauderdale is about 35 min from Miami, so we were pretty far out) so attending the funeral still wasn't an option.
After waiting almost an hour at the airport, we were given the option of flying out of the Miami airport at 2:30pm; the airline offered to shuttle us down to the airport so we agreed and we arrived in Miami around 9:45am and quickly checked in for the flight..
With more than 3 hours to spare we decided to map the directions to the funeral home and it happened to be within 5 miles of the airport.  We called an Uber and arrived at the funeral home just in time for the memorial; Iggy was able to say goodbye to Julio and spend some time with his family...he got the closure he desperately needed and everything just happened at the right time..
To think that so many things had to happen for Iggy to attend this funeral really says something about the way God works... our flight being cancelled, us being re-routed through Miami, the new flight being scheduled in the afternoon to give us plenty of time to spare, the funeral home located in Miami (weird considering Julio lived way north) and the time when everything was happening.. we were really meant to attend that funeral and I feel so blessed to have been able to say goodbye to Julio but especially for Ignacio mourning his loss the way he wanted.

We will forever be grateful for knowing Julio; for feeling his love and dedication and for understanding and valuing his legacy. We feel blessed that God granted us the opportunity to say goodbye to him and we will forever miss him.
Rest in Peace, Julio. We love you so much! 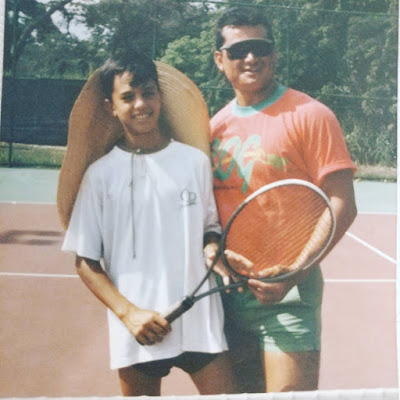 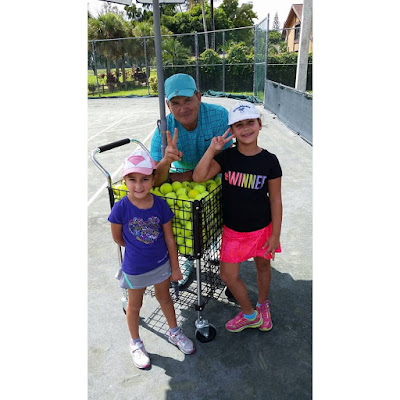 Posted by Stories of a Happy Mom at 10:13 PM No comments: