The hate that keeps on giving 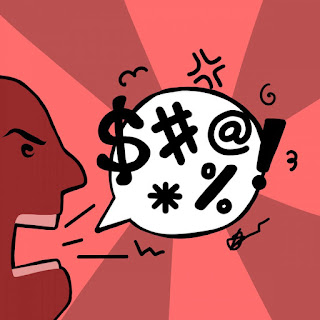 It used to be so easy to blog, I'd just think of some happy anecdote or a fun topic to share and "boom" it was all great in my happy blog world!

Then the pandemic started and everything (and everyone!) turned sour. The "happy mom" in me started to wither away.
It all started with a hate email I received, presumably from someone I went to elementary school with (someone who probably hasn't seen me in over 25 years since my elementary years were in Venezuela).  According to this "hater" and apparent stalker, there is an official "Adriana hating club" made up of people that take my pictures off the internet to make fun of me, belittle me, and occasionally wish ill on my children and my marriage, claiming it's all about karma because (according to her) I was a bully in school.  The email is probably one of the most horrific things I have read in my life but funnily enough, it only made me feel sorry for whoever wrote it (it was an anonymous sender) because not only was it entirely false but even if whatever she wrote on there was true, what kind of person can harbor so much hate for someone after so long?.  First I was shocked, then angry and then a bit amused. But the point of bringing this up isn't to fish for sympathy (believe me, I got over that email pretty quickly!) but to point out the fact that after that email, seeing the "ugly" in people became an everyday thing, feeling disappointed in people became a sort of norm and my eyes were strangely open to the insurmountable amount of hate that others harvest in their heart, sometimes for people they don't even know or will never meet.
With all that has being going on in the world, social media has quickly become a repository of hateful commentary, often disguised as causes with a purpose or respectful disagreements between people who are presumably on friendly terms. It became a toxic addiction for everyone and suddenly even my closest "tribe" turned into keyboard warriors with no regard for anyone's feelings.  I realized that getting along with hypocrites is rather easy but standing up to "friends" is the complete opposite. I've had friends comment on how much the internet affects their mood or how watching something on TV turns their day sour; this is upsetting, it's unsettling and I know it won't end any time soon!
I am concerned with our world and not only because of the obvious (we all know what I mean!) but because the root of all those problems is simply the hate that keeps on giving and will keep on giving for as long as we feed it.  I don't recognize many people anymore, it's hard to see where people stand and even harder to have hope in a world that progressively fell on its knees and now blames it on a pandemic or tragic events that have uncovered the ugly in us.
I want to go back to the time where I could blog carelessly without fear of offending someone for something, I long for the mundane, I long for the "happy times" that brought everyone together, I want to trust that everyone who is close to me only wishes the best for me as I do for them. I want to be able to get on social media without fear of "bad news" or "bad juju".
I'm tired of fakeness, I'm tired of haters, I'm tired of Debbie downers, I'm tired of people politicizing everything, I'm just tired of the hate...the hate that keeps on giving!
Posted by Stories of a Happy Mom at 10:46 PM 1 comment:

Happy Blogging! :)
Posted by Stories of a Happy Mom at 6:46 PM No comments: 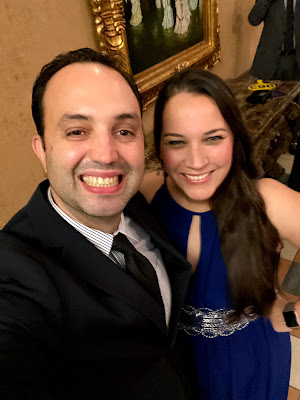 Happy New Year!... I know, I know..we're already in mid-February so the happy year is not so "new" anymore, but I swear it has taken me this long to get back into some sort of groove...so I could also say that the new year is not so "happy" yet?

The world seems to agree that January dragged on, from natural disasters to celebrity deaths, it has all been a bit funky and our family did not escape the "funkiness"...
Oliver had an abrupt change of preschool teachers a couple of weeks ago and he has regressed to some abnormal sleep patterns that are driving us insane, the girls have been having a hard time at school with the insurmountable amounts of homework and responsibilities; Iggy has been working like a maniac (although I could argue this has become his norm) and I'm just exhausted from having the critical job of being everyone's "cleaner-upper"...that's what moms are for, right?
Back in November, I decided to go back to work after 6 years of being a stay-at-home mom. Granted, I was perfectly content with my SAHM title and luckily we did not have any financial needs that would force me to work, but after some deep thinking and lots of prayers I felt it was time to put myself out there and do something for "ME"....and who doesn't love extra money?!?
For a while I had been longing to find a "job with a purpose", I wanted to do something I was passionate about and what better time to do that than when working wasn't really a pressing urgency?  So by the grace of God, I found the job, a dream job with a dream schedule that still allows me to be there for my children, pick them up for school and show up for the occasional daytime school event...what else can I ask for?
It has now been almost 3 months since this big change and while I literally LOVE the job and the atmosphere in which I work, I would be lying if I said it hasn't been a huge adjustment for all of us. The homecooked meals have decreased, our "togetherness" has suffered, exhaustion is always latent and the overall funkiness of a dynamic change has ensued.

Somehow I have lost "control" and now I need more help with many daily tasks that I so easily did by myself for the past 6 years. There's no time to double-check homework, or neatly fold laundry every day or even make beds and do dishes religiously like my Type A personality requires; I think even the poor cats aren't fed as often as they were used to and those long and deep conversations with my tween-aged daughters are not that deep and long anymore...and clearly blogging hasn't been in the forefront of my mind either! (I do hope to become better at all of these!)But in the midst of the chaos, I am happy and I am confident I made the right choice by going back to work even though the groove isn't all that "groovy" yet. Despite all the funkiness that has ensued, somehow I managed to chair a 350+ guest gala for the kids' school, I am still heavily involved in church and community events and I am still 100% me.  I have learned that by showing vulnerability and asking for help, there is always room to be better and it really does "take a village".  So thank you to everyone who has lent a hand in the past few months; thanks to those friends that realize that even though I mean to call and be there, the intention doesn't always materialize and that's ok. Thanks to the understanding teachers that have put up with my crazy emails, to those friends who have lent me a shoulder to cry on when I'm overwhelmed, to the people who pretend I don't look like a mess on weekends and to my husband and kids for having my back and supporting my crazy decision even though they were the first people to be affected by the consequences. You all make my world a better place and for that, I will always be grateful! Happy Blogging! :)
Posted by Stories of a Happy Mom at 2:01 PM No comments: