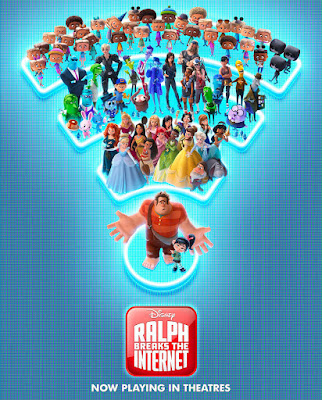 I'm a Disney fan...yes I am! I love all things Disney (or should I say almost all) and was among the many who were eager to see the sequel to the beloved "Wreck It Ralph" movie.
But as much as I love Disney, I also love being objective in my reviews and I must say that the latest "Ralph Breaks the Internet" didn't quite do it for me...
While the characters are noteworthy and the ingenuity of the movie is quite commendable, the story line and quality plot just weren't there, in my opinion.
I appreciated how the immensity of the internet and the undeniable social media influence were described but I thought the movie was very low energy, a little bit slow and definitely too convoluted as far as the story goes...
While the viewers are led to believe that there is a clear goal, the essence of the story is lost in the process and the message that the writers attempt to convey just isn't convincing.
The movie revolves around Ralph's and Vanellope's friendship and his unwavering desire to make her happy and nurture their relationship. They travel to the unknown (to them) internet world in an effort to purchase a broken piece for Vanellope's game, which has jeopardized the fate of "Sugar Rush" and all its inhabitants. But their trip to the internet proves to be more challenging than they expected when they realize that they have to pay for this piece and have to figure out a way to make money.  In the process, Ralph becomes an internet sensation that makes viral videos, she ends up wanting to move to a more exciting racing game that lives online and Ralph turns into a weird insecurity virus which threatens the well being of everyone involved.
In between all that "mess", there is a funny cameo by many of the most popular Disney princesses, which is probably the funniest part of the whole movie but seemed out of place with the rest of the story and an almost too obvious effort to push an agenda that not everyone might agree with.
I won't lie, I was a little sad that this movie wasn't amazing but I did enjoy the funny puns, colorfulness, classic characters and the creativity of the topic... it just wasn't that great! It might be a little too complicated for kids under 6 or 7... just my opinion...
This one gets 2.5 out of 4 stars from me... I really wanted to love it...but I didn't! :/
Posted by Stories of a Happy Mom at 8:46 PM No comments: 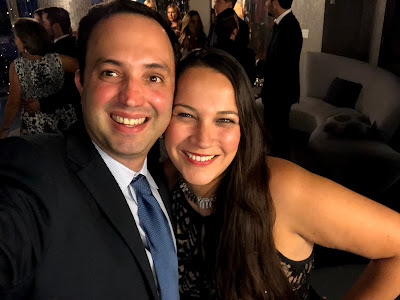 "You never see the hard days in a photo album, but those are the ones that get you from one happy snap shot to the next."
The quote above is one I heard in a movie and even though such movie came out before I even met Iggy, it really stuck since the moment I first heard it because I feel that it really applies to relationships and life in general.
Iggy and I have been together for almost 14 and even though most of the time has been blissful, there have been many hard days, some of which I wish I could erase from my memory but I know that somehow have been the ones that have made us stronger and more resilient.
Pictures don't show the difficult times...like when Iggy lost his job and we ended up losing our house, or that time in 2009 when we ended up in marriage counseling because we were too stubborn to give in or accept our mistakes, the countless times I have felt misunderstood or the times where I have been hormonal and he has felt misunderstood.  There are no pictures of the times when we have lost loved ones and succumbed to pain and sadness, or pictures of our messy house when neither of us has had the energy to clean it up. There are no blog entries or Facebook posts about disappointments, anger, hurtful words that are said, sadness, doubt, frustration or jealousy but those hard times and feelings are definitely the ones that have gotten us from one happy snap shot to the next and for that I am SO grateful and blessed because that's what marriage is really about for me.
It's about knowing that even when times get hard and days are dark, we will stand by each other and make it through; it's about being sure that we will always come out stronger on the other end, it's about growing together, laughing together and crying together... with God always in the middle.
Today I feel so lucky to be able to celebrate 13 years of marriage with the man of my dreams, the one that has loved me through thick and thin (literally... LOL!), the man that got on this ship to stay and the one who will hold my heart until the very end...
Thank you, Iggy, for jumping with me from one happy snap shot to the next...I can't wait to keep exploring the world with you and enjoying the beautiful life we have created!
Today I loved you more than I did yesterday and definitely less than I will tomorrow. You are my dream come true and from the day you came into my life, I have felt like the luckiest girl alive!
Happy Anniversary, my love! Lucky 13!
Hold on to your hat... we're just getting started!
Here some some "happy snap shots" of us! 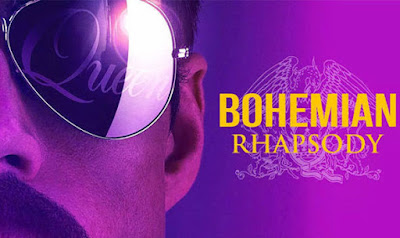 When my mom was 7 months pregnant with me, she attended a "Queen" concert in Venezuela and growing up she always recounted the chaotic yet exhilarating experience of her friends guarding her belly and her being scared because I wouldn't stop moving and bouncing during the whole concert.  She always joked that I was a fan of "Queen" even before I was born because ever since I was a little girl I enjoyed blasting the tunes of Freddie Mercury and company and knew pretty much the lyrics to every one of their songs so naturally when this movie was announced I could not contain my excitement.
I once saw a meme that said "Never trust a person who doesn't sing along to Bohemian Rhapsody when it comes on the radio" so by those standards everyone in attendance at last night's showing of the movie is most definitely trustworthy.... ha! what a great experience was to watch "Bohemian Rhapsody" at the theater.
The movie revolves around the life of Freddie Mercury, the lead singer of the famous band "Queen"; it starts out when he offers to replace the recently retired singer of the band "Smile", which he followed on their college gigs, and it ends with Freddie's famous Live Aid performance in 1985.
The movie tells the story of how "Queen" became famous and how their best known songs came to be; it also tells a bit about Freddie's family life and his romantic relationships as well as the overall dynamics between the band members.  The story is told very gracefully and the actors do an amazing job at embodying all of "Queen's" members, family and friends but the actor that plays Mercury definitely puts out the most salient performance of all.
Aside from the plot line, which is pretty great, the music is just incredible and the movie delivers goosebump kind of moments throughout when songs like "We Will Rock You", "We Are the Champions" and "Bohemian Rhapsody" come on.
The movie is rated PG-13 and a lot of my friends have asked me if it would be appropriated for kids under 13.  While I do not think the movie featured any outrageously inappropriate scenes, there is some foul language, gay scenes, unspoken drug use and sexual innuendo throughout so every parent should make his/her own decision about what their children should or shouldn't watch. I personally wouldn't have a problem taking Olivia to see it and probably will take her but I acknowledge the fact that not every parent might be ok with letting their tween aged kid watch "Bohemian Rhapsody".
I thoroughly enjoyed "Bohemian Rhapsody" and will probably watch it again more than once.  I will give this one 4 out of 4 stars, it was beautifully executed, it was compelling, casting was on point and of course the soundtrack was amazing!
Posted by Stories of a Happy Mom at 11:58 AM No comments:

The pain of rejection 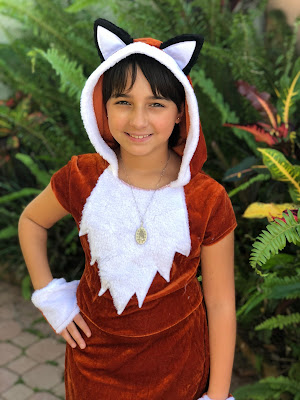 Posted by Stories of a Happy Mom at 6:12 PM No comments: