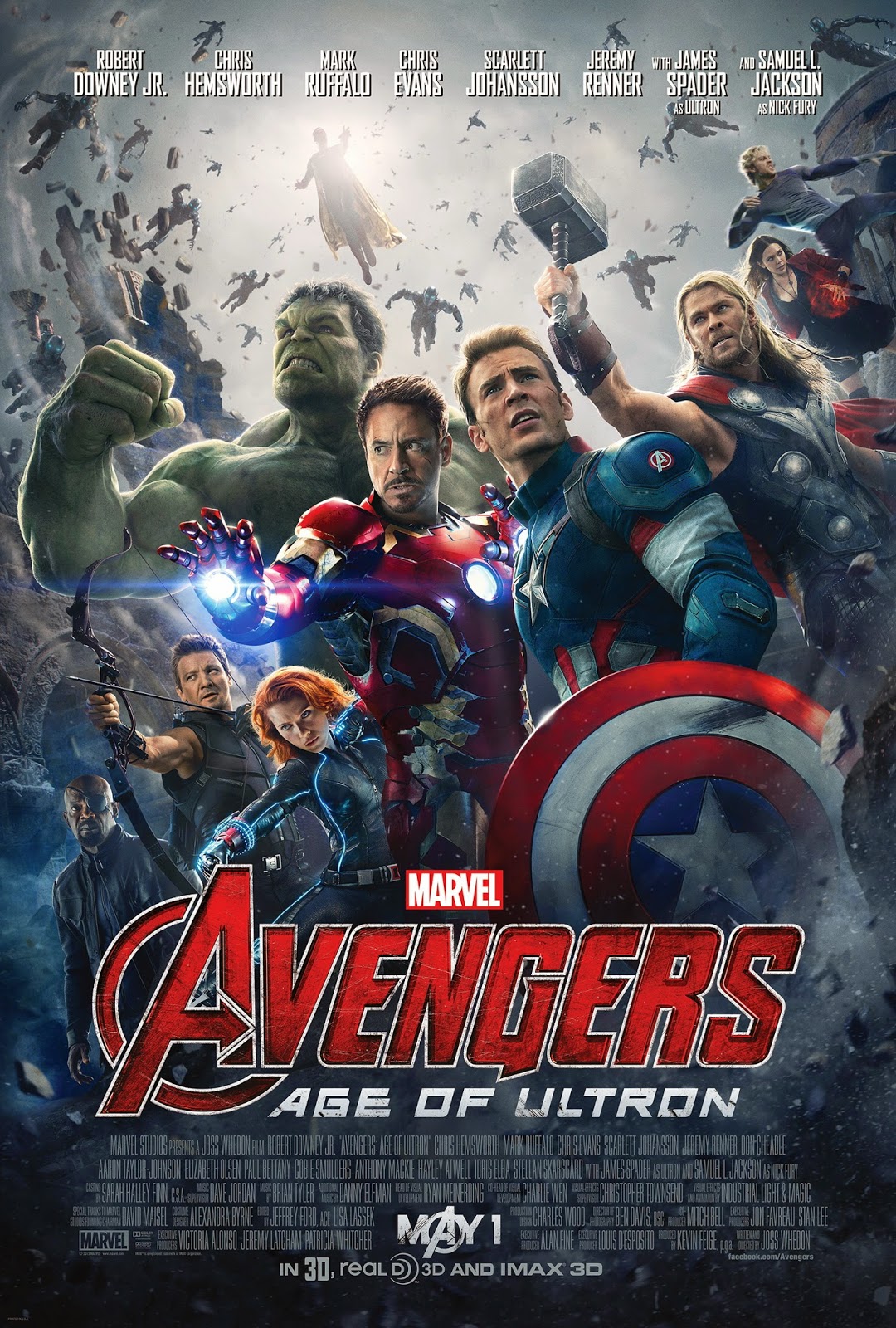 I will start off this review by making a semi disclaimer that may or may not explain my opinions about the movie:  I am NOT a hard-core Avengers fan and I am in no way familiar with the intricacies of every character; I am, however, an avid movie goer who enjoys action/super hero films and is looking for high quality entertainment...
With that said, I will go ahead and state that I'm utterly disappointed on this movie, which proves once again that the increased hype is not always a good thing... I remember reviewing the first Avengers movie 3 years ago and my conclusions are scarily similar.. (I wonder why!? LOL)....
The movie is overpacked with action sequences that don't always flow well; some of them lacked connection with the plot, which was incredibly dense and lame at the same time. There was definitely a waste of special effects going and during some parts of the movie I almost wished the characters would "chill out" a bit.  I also felt like the characters had no depth at all and the "team" concept was really lacking; there is no exploration of character storyline (except for Hawkeye's family life) and even the strange romance between the Hulk and Black Widow was silly fluff to the movie.
But my biggest issue with this movie is the fact that not even the villain was memorable enough to make an impact on the viewer and the idea that artificial intelligence somehow always reigns over its human creator has been done too many times and I found it incredibly boring.
The movie drags on and the fight scenes are too repetitive and even pointless; it is way too long and not worth all that time.  The new characters lack versatility and even the "well known" Avengers fall flat in this installment.
Sadly, this movie probably gets 1 out of 4 stars from me; I did not enjoy it and I actually thought of walking out a few times.  Hats off to all the true Avengers fan who are loyal to the franchise no matter what... this one was painful!
Posted by Stories of a Happy Mom at 9:58 PM