I won't candy-coat it, raising children is HARD and getting them through the teenage years is twice as hard!
I'm sure no mother likes to think of her child as "difficult" but sometimes these challenges are unavoidable and definitely undeniable. I have arrived at parenting adolescents..now what?
Olivia turned 13 this past summer and even though she has been an overall uncomplicated daughter and mostly sweet, I'm starting to see the sourness come out as she grows into her skin and develops her own sense of self. At the moment she's going through the "my parents have no clue" stage, where not only thinks she knows it all but also that she knows way more than either of her parents does.  I know we all probably went through a similar stage and we turned out fine but I would be a fool to deny that in this process, being the parent is much harder than being the teen.
The bickering usually starts when I offer a dissenting opinion on any given subject or when I dare to criticize one of her decisions, friends, actions, etc (but I'm the mom, right!?); what starts as a minor disagreement is quickly followed by a major eye roll, a loud "but mom!", and at times a door slam and walking away... man... it's tough!
I want to be clear that in no way I'm saying that Olivia is rude or disrespectful towards me but she does have her moments where clarity just isn't there and the teenage attitude gets the best of her. I can't stand it! I know teenagers are immature and this is all part of life but the ever-growing difficulty of our relationship frustrates me to no end. I always envisioned this great relationship with my teenager, where I could raise above and always be the adult, but sometimes I fail miserably and feel like such a loser! 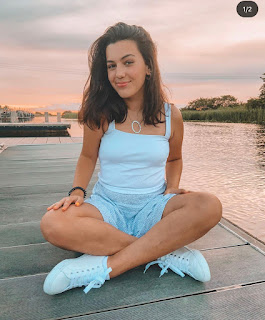 When talking about modern parenting, it is important to acknowledge that today's parents face many challenges that didn't exist 20 or even 10 years ago; the increasing access to information, the decay of our society as a whole, the politics, the "influencers", technology, social media; I could go on and on but I think I've made my point.  Many of these challenges are so new that as parents we are still developing ways in which to deal with them and teenagers are learning right along with us; it makes an already difficult situation even worse.  I've always had a "beef" with app developers that create apps that aid children in lying to their parents and hiding stuff altogether.  Apps such as Snapchat and Tik Tok seem to be made with an explicit intent to allow children to live ahead of their years and often force parents to unknowingly relinquish their authority and while one could argue that children and teenagers don't need a phone, the truth is that a phone isn't the only way for children to access these apps or get a hold of all the information (or should I could it disinformation?) that is always going around and many times constitutes indoctrination and brainwashing.
I know I'm not alone when I say that dealing with a teenager has turned out to be among the most unpleasant things I've gone through as a mother and at the risk of sounding dramatic or trivial, I really hope this stage is over soon because sometimes I feel so lost and defeated.
How are you dealing with your teenager? 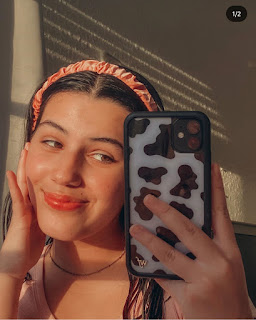