Barcelona was one of the cities we visited during our recent trip to Europe. It is such a beautiful and diverse city and we thoroughly enjoyed our stay there.  We were in Barcelona for 5 days and had a wonderful time with my cousin Renato who lives there.
I have been to Spain before, but Barcelona is definitely different from other places in that country.
Some of my observations were:
1.Spanish is NOT the primary language that is spoken in Barcelona; most people speak "Catalan" or catalonian, which is a dialect that combines Spanish, French and Italian; it is very difficult to understand and I had a hard time getting my point across in some occasions.
2. Catalonians are NOT nice people.. for a city that is as touristic as Barcelona one would think people are kind and receptive, but that wasn't my experience...I found myself very disappointed with the customer service and people in general...
3. The streets of Barcelona are beautiful.. there are tons of trees and old buildings that make for a very picturesque view.  People really enjoy being outside and Spring time is absolutely beautiful in the city
4. People get around by metro, bus and scooters... lots of scooters... Many people have cars but they are very tiny as parking spaces are limited and gas is VERY expensive...the roads are filled with little Smart cars and other kinds of tiny cars..
5. Walking is one of the primary methods of transportation.. people like to walk.. A LOT!
This is a picture of one of the streets in Barcelona... 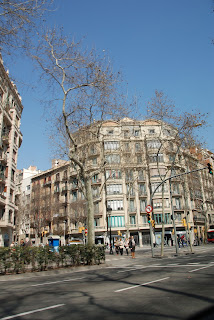 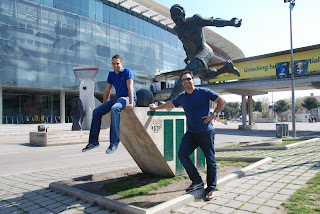 On our second day, we took a short trip to Tossa de Mar, which is a little town in Costa Brava near the frontier of Spain and France.  Tossa de Mar was such a beautiful place to see.  It was our first time at the Mediterranean sea.. so neat! 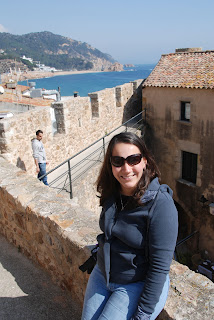 ... while in Barcelona, we visited some of Gaudi's famous buildings...Here's a picture of "La Pedrera", one of the most iconic buildings in the city of Barcelona... so neat! 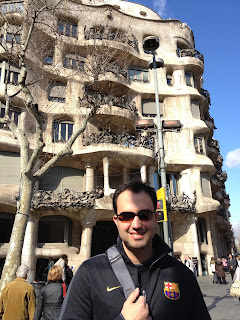 ...in this picture we were at Parc Guell, a beautiful park in the city, filled with Gaudi buildings and designs... this park was so relaxing and had such a good vibe.. we really enjoyed our day there.. 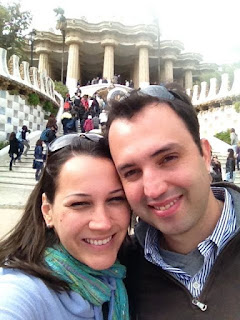 ...and this picture is at "Sagrada Familia", another iconic building in Barcelona... it is such a huge church designed by Gaudi and a very touristic place... very beautiful... 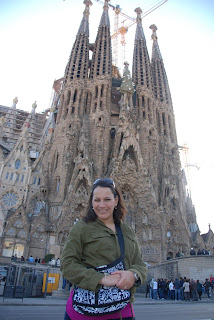 I have so many more observations of the city but I can't write them all because I don't want to make this post so long... all in all, we really enjoyed our time in Barcelona... We were able to visit some friends and get to know tons of new places... After Barcelona we headed to Rome...now.. THAT was quite the experience.. that will be by next post!

I like Barcelona as well:) I've been there twice.