I will start this post by writing a disclaimer: I am an ETERNAL Disney fan, so no company/theme park will ever compare to anything Disney BUT I will try to be as objective as possible....
Since our Disney annual passes expired and haven't been renewed, we went ahead and visited both Universal parks this weekend (not our first time!); we had so much fun and learned a lot about these theme parks.
On day 1 we went to Universal Studios, which is the smallest of the two parks.  I hadn't been to Universal Studios in almost 15 years so a lot of the rides were "new" to me.
I'll start by saying that there aren't many rides in this park; most of them are simulators and not actual roller coasters; some are good and some just ok.  I thought the lines were too long and not worth the experience in general.  Also, I hate the fact that Universal charges for the "Fast Pass", which makes it very difficult (and expensive!) to fully enjoy the experience... 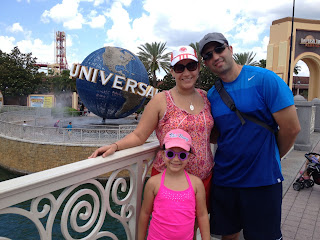 Most exciting rides have a height requirement, which can be very limiting to some families. Also, the measuring poles seem to be off and inconsistent throughout the park. Olivia is 48.5" and she did not "make the cut" for some of the 48" rides, but did make it in others with the same restriction...odd? I think so!.
One of the best rides was "Minion Mayhmem" from the movie Despicable Me; it was colorful and fun! I strongly recommend this one! 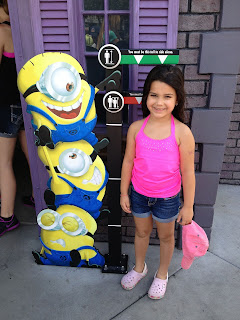 The park features a parade, which is nowhere near as good as the Disney parades, but I think that's partly because they don't have many characters to display in such parade.  The music was still fun and the characters were cute, but Disney beats this one by miles! 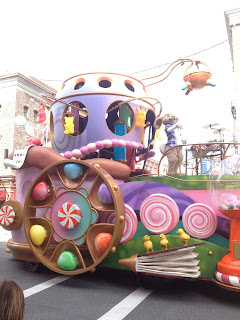 There's "The Simpsons Ride", which replaced the old "Back to the Future" ride; it's the same concept: a big simulator that shakes and moves around a movie screen.. fun, but not all that! 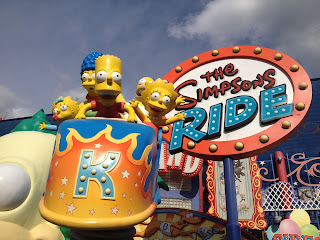 In addition to the rides picture above, there's also "Revenge of the Mummy", and the "Hollywood Rip Ride Rock it" roller coaster, which is about the most thrilling ride the park features.  There's also the E.T ride, which is old as hell, but still cute!

On day 2, we went to "Islands of Adventures", a park famous for its huge roller coasters and fabulous thrill rides!  This park is MUCH better than Universal Studios, but not a good option for smaller children or anyone who isn't an adrenaline junkie!
Most rides are humongous roller coasters, which have height restrictions (54" for the bigger ones). 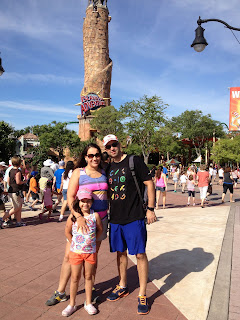 The "Harry Potter" ride is one of the bests in the park (48" height restriction).  For any fan of these movies, it is a very realistic and exciting simulator that takes you around the castle.. quite exciting! And of course there's the realistic Hogwarts, which makes you feel like you're actually IN the movie... plain beautiful! 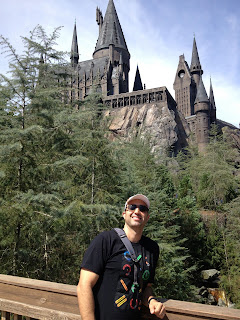 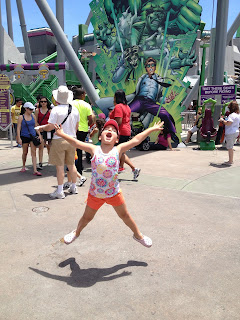 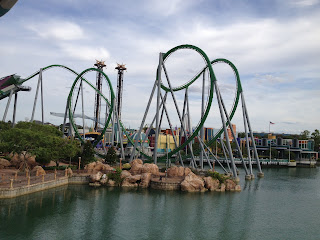 There are a few characters here and there, but nothing too exciting.  Again, Disney beats this park by miles in the character spotting category.  It was still fun to see Popeye and Olive Oyl and some of the super heroes walking around... 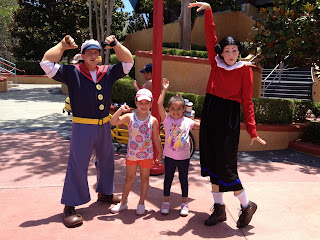 One thing this park has is a vast amount of beautiful picture spots.  The park is colorful and really beautiful... 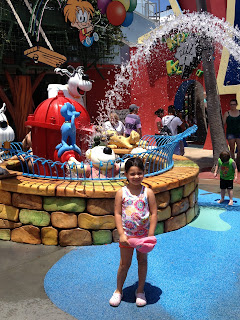 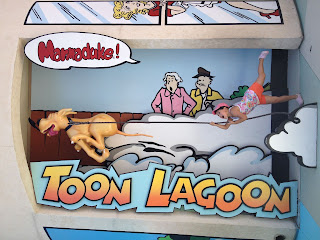 And then there's "Seuss Landing", an amazing area for kids.  This area features kiddie rides (most of them without height restrictions) and beautiful stores, cafes and picture spots.  It is decorated with famous characters and symbols from Dr. Seuss' stories; it is amazing! 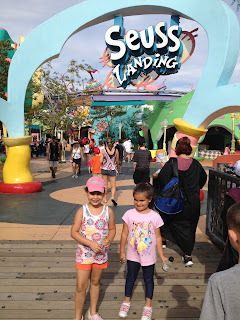 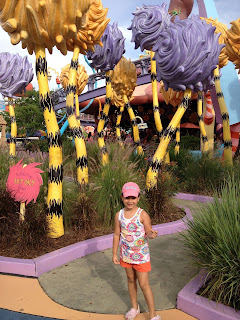 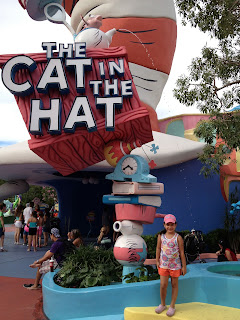 All in all, I'd say "Universal Studios" is a place that should be visited at some point, even though the company is lacking in the customer service department, cleanliness of the park and a few other categories that need some improvement.
I also believe that these parks are geared towards older (taller?) children and should be visited during the "off" season because lines are insane!
The food options are better than those at Disney and many rides are more thrilling!
Great weekend! ;)