Life is not a "Popularity Contest"...but how do you teach that?

A few days ago as I picked up the kids from school I noticed Gaby had been crying; she seemed to have freshly shed tears in her eyes and her demeanor was sad, so it was obvious to me that something was up.  As much as I talk to my children, I also try to give them space so I waited until she felt like telling me about her affliction. She told me about a girl in her class, who she considered a close friend, that had invited a few girls to her house after school to celebrate her birthday but didn't invite her.  Gaby was surprised that most of her close friends had been invited but she had been left out and that made her very upset. Even though I felt sad, I quickly mentioned her own birthday celebration and how she had to select just a few people since it was just a small get together. While my response seemed to do the trick, there was one comment made by Gaby that really struck a nerve. She said "I wasn't invited because I am not popular!"..mmm.. what??!  I'd be lying if I said that thought didn't bug me...it actually mortified me.  Isn't it too early for my 9 year old to feel that way? How can I tell her she's wrong when she might be right?

Fast forward a few days and Olivia comes home saying all 6th graders had been invited to run for class representative within the school's student council. She was excited at the prospect of running a "political campaign" but assured me that she was only doing it for the fun of it because she "knew" only the "popular kids" had a chance of winning. At the risk of trivializing her feelings, I told her that 6th grade student council wasn't really a big deal but the fact that the word "popular" came up again really annoyed me and made me concerned.

After giving it some thought and even trying to remember what it was like when I was in school, I realized that the fact that life often feels like a "popularity contest" is undeniable and the constant competition harms children and adults all the same.  I clearly remember many occasions when I have felt excluded by people who I consider friends; the sting I have felt when I log on Facebook only to see school moms doing wine nights or play dates where neither my kids or I have been invited or even considered prospective guests, maybe because we're not "popular"? or maybe we're not THAT important to be part of a group?
So if as adults sometimes we have a hard time dealing with rejection and often feel this looming popularity contest happening pretty much every day, how can we expect kids to deal well with all those feelings? How can we teach them to be themselves and work towards self actualization rather than acceptance?

The other day one of Olivia's good friends, who happens to be one of the most beautiful girls I know, made a comment to me that went something like "my smile is so ugly!" and she went on to talk about how uncomfortable she felt smiling in pictures because she didn't feel she looked pretty enough. Her comment shocked me because #1 her smile is clearly amazing and #2 she is incredibly concerned about her looks because she believe she doesn't measure up to the standards society sets up. This conversation got me thinking about how there is a constant need for acceptance among children and in the process many of them lose their essence and forget who they are or why they do what they do.
I've heard of kids in school being bullied because they are too tall, or too fat, or too short, or too thin, or too studious or maybe too lazy. I've heard my kids referring to some cliques as the "popular kids" and I see it in moms too, every day.... I hate how everyone is constantly trying to outdo one another, to impress everyone, to be liked at all times... it's exhausting... it really is!

So I want to teach my children that they are not in this world to impress anyone, that they won't always be liked by everyone and that even though it feels like it at times, life is NOT a popularity contest and they have to be that change agent if they want to see a difference.  I hope God gives me the wisdom to make my children understand that they are unique and incredible and their only concern should be to be the best human being they possibly can be, without minding popularity or trying to outdo people at all times.
I want that pretty young girl to know that her smile is amazing and she should be proud to show it in every picture.  I want Gaby to understand that if she doesn't get invited to someone's house, she's still awesome and that doesn't mean she's not liked. I want Olivia to run for student council simply because she believes in herself whether she wins or not and to always have the resilience to do it again every time she feels like it.

Life is too short to get hung up on that invitation you didn't get or that race you didn't win! I am happy to be who I am and how I am and I want my children to learn that...the sooner the better! :) 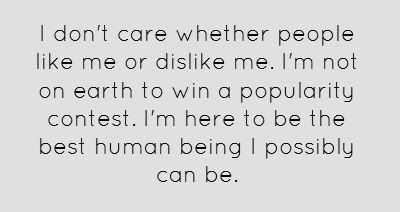 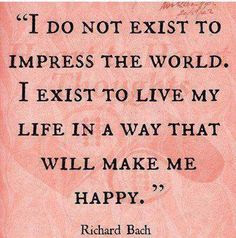