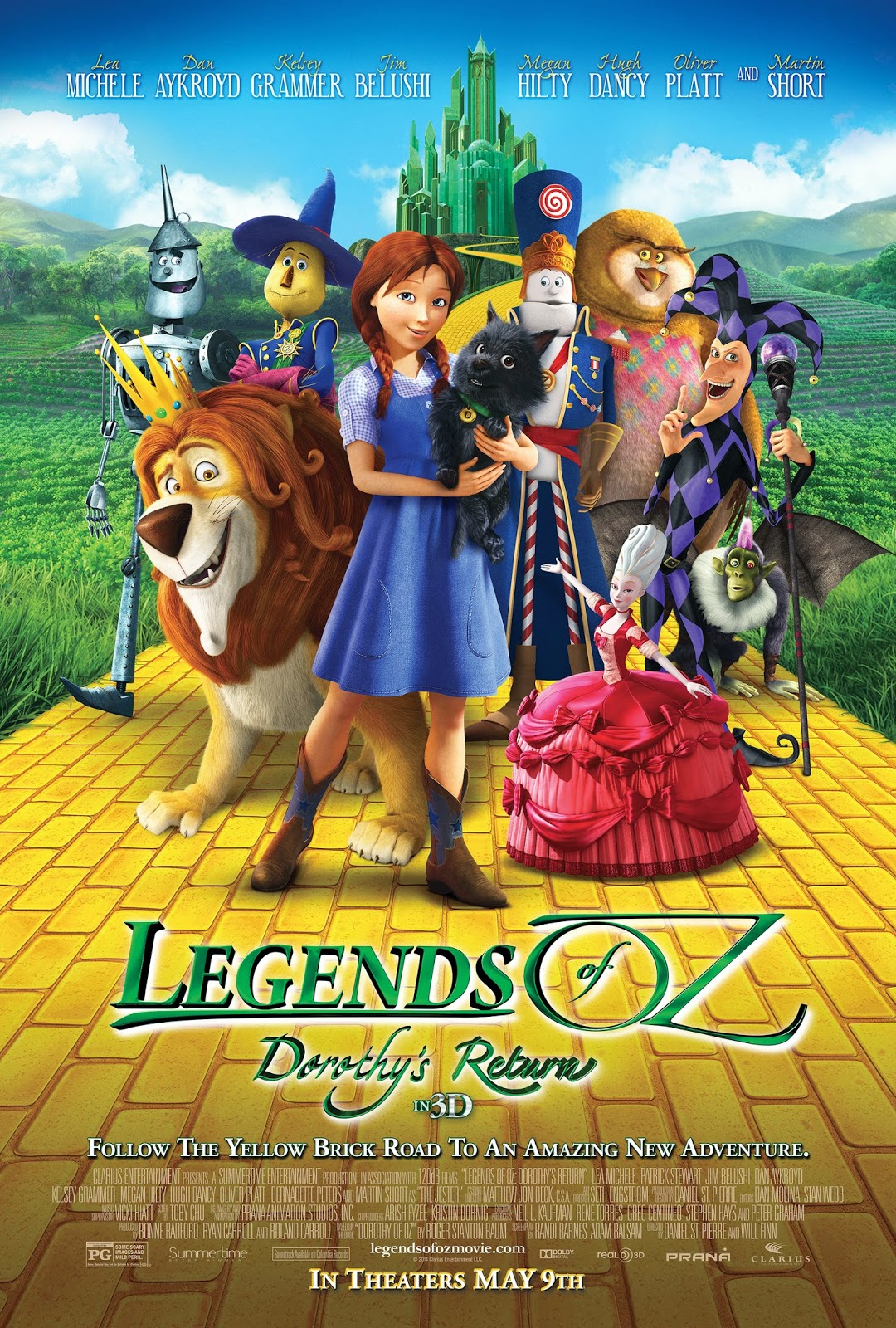 Even though I've never been a huge fan of the "Wizard of Oz", I do know the story and I'm quite familiar with its characters. I will say that this movie didn't make me very curious but when Olivia was invited to the theater to celebrate her friend Alba's birthday, we couldn't pass it up.
I will start by saying that the spin the movie gives the famous Oz characters (Dorothy, Cowardly Lion, Scarecrow and Tin Man) is just great; for some reason they are funkier, prettier and more colorful...there are also other cute characters such as the China Princess, Marshall Mallow and a few others that make the movie a success.
The movie revolves around Dorothy's return to Oz, where she is called to save the land she once defended from the evil domination of the Jester, who happens to be the forgotten brother of the Wicked Witch.
Dorothy embarks on a journey to get to Emerald City, where all of her friends are suffering at the hands of the evil Jester, who commands an army of flying monkeys.  She meets some great people along the way and even sings a few songs in the process (thank you Leah Michelle for lending your wonderful voice to this!).  In the end (and after quite a few obstacles) she faces the Jester who is killed by his power obsession.  Oz is once again saved by Dorothy and all the characters learn valuable lessons on life and friendship.
I thought the movie was carried out very well and the characters were very likable; the singing wasn't too annoying and the song lyrics were actually cute and contagious! I appreciate the fact that the story didn't deviate much from the original "Wizard of Oz", even though Dorothy wore cowboy boots instead of red sparkly flats! :)
Some of the scenes were a bit too intense for young children, especially the evil faces made by Jester and a few other fight sequences (the flying monkeys were also kind of creepy!).  There were some references that felt more like adult humor, but I guess every children's movie has some of that...
The length of the film was perfect and the storyline was engaging enough to keep the kids entertained for the whole duration of the movie.  All in all I give it 3.5 out 4 stars (I took some points off because of the intense scenes)... this one is worth a trip to the movie theater.
Posted by Stories of a Happy Mom at 6:16 PM