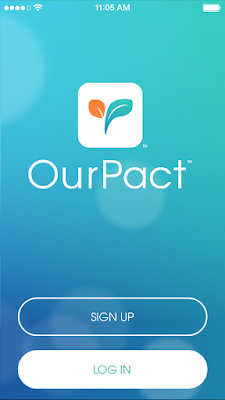 A couple of weeks ago, there was an article making its rounds on Facebook about the dangers of increased exposure to "screen time" in children.  The said article was titled "It’s ‘digital heroin’: How screens turn kids into psychotic junkies" (if you haven't done so, you can read it here.  I will admit to rolling my eyes a lot a little while reading the article because, honestly, in this day and age, you can't possible keep the children away from electronic devices, especially considering that most schools seem to be going the "iPads instead of books" route and kids are inevitably exposed to a screen at some point during their day. I personally thought the article exaggerated the issue a bit and found the said "research" and "evidence" to be a bit bogus...
There was also another article, which refuted the "digital heroin" one; this one was titled "Why calling screen time 'digital heroin' is digital garbage" (you can read that one here). While I seemed to agree with the rebuttal article a little more, I do think that everything in excess can be harmful and I strongly believe that kids shouldn't be glued to a screen 24/7 because such behavior simply limits their ability to socialize as well as shortening their time to be outside doing something more productive.
In my humble opinion, moderation is key so I encourage my kids to be as diverse as possible with their daily activities and I also promote the learning and use of technology to simplify life in general.
But how can we control the exposure to the "evil" screen? How can we make sure that moderation is in place when the kids are using their iPads or whatever electronic they favor?
During a casual conversation on the subject, a friend of mine suggested I check out an app called "OurPact", a parental control app that is designed to assist parents in limiting/controlling the time their kids spend glued to the screen.  This app allows the parents to pair their phones with their child's device and set up schedules. What's wonderful about the app is that once the device(s) is paired, the parent is able to block the iPad from his/her phone either according to a previously set schedule or whenever they wish. Once the iPad is blocked, all apps disappear and the kid can no longer use any of them; so even if they get a hold of the device, it's basically useless while it's blocked.
Once the device is unblocked and use is granted again, all apps reappear  and the iPad is back to normal.  The app is free and very user friendly and it has allowed us to have set times for electronics without any discussions.  The only down side is that the apps/icons on the iPad get disorganized every time access is blocked/granted, but there is an option for an in-app purchase which is a feature that keeps the apps arranged as you have them; so if you're OCD about how the apps/icons are arranged on the iPad, you may want to invest on this little feature.
I love the ease of use of OurPact and I also love that it teaches boundaries and self-control to my children when it comes to the use of electronics and exposure to the screen.  It also minimizes any arguments or meltdowns because the schedule is simply non-negotiable.
I strongly recommend this app to any parent looking to moderate/control electronic use and screen exposure.  Thanks to my friend Mary for recommending this gem!
Posted by Stories of a Happy Mom at 7:11 PM