This is Part 2 out of a 4-part series I am writing about our recent trip to Europe. Even though it has taken me a while, I am really interested in documenting our adventures for posterity and keepsake purposes so thank you if you're reading all this! ;)
One of the things that we did slightly different during this trip is that instead of flying or riding trains within Europe, we just rented a car and drove. It was technically our first time driving around Europe (although we did rent a car in Portugal a couple of years ago, but we never drove to another country from there) so I will admit I was little nervous about it.  I was stressed about what kind of insurance was required to rent a car, the cost of gas and most importantly the risks involved with driving in a different continent.
The drive from Zurich to Frankfurt was AWFUL... a 4 hour distance took us almost 8; there was traffic, accidents, construction work and lots of kiddie stops along the way.  By the time we arrived in Frankfurt, Germany we were seriously exhausted, especially Iggy who was driving our stick shift car in all that mess...(thanks, babe for not complaining even once!...you're such a good sport)

One of the cities we visited in Germany was Konstanz, we actually went there while we were still staying in Switzerland since it's a city that is on the coast of both countries. History says that Konstanz was one of the few German cities that wasn't destroyed during the war since it is awfully closed to Switzerland and it was often mistaken for a Swiss city.  It was so beautiful and the weather that day was particularly nice.  We visited some of the city's icons and we did some pedal boating in the lake and even some shopping...we loved it there! 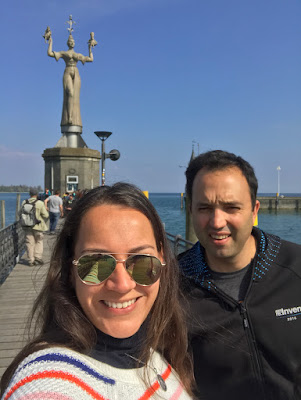 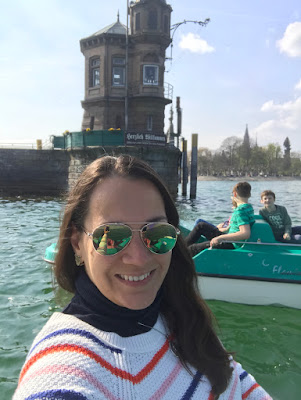 One of our main stops in Germany was Frankfurt, which is the country's business center and one of the most important cities there.  Although Frankfurt didn't "impress" me, it was a nice place to visit. The good: amazing architecture and views, awesome food and a great beacon of German culture; the bad: I found the city to be a bit "trashy" and saw lots of shady people and bad areas.  At one point we ended up in a really bad neighborhood plagued with cabarets and XXX stores, definitely not suitable for children..LOL... for these and a few other reasons, I found Frankfurt to be the least child friendly city out of the ones we visited and one that I probably won't go back to... Still... we were happy to spend a few days in Frankfurt and the souvenir shops there were pretty good and reasonably priced! 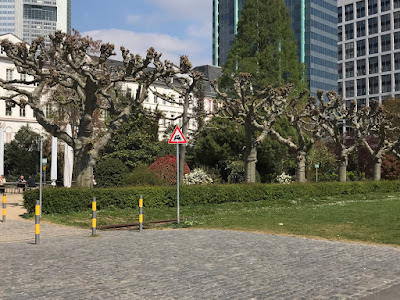 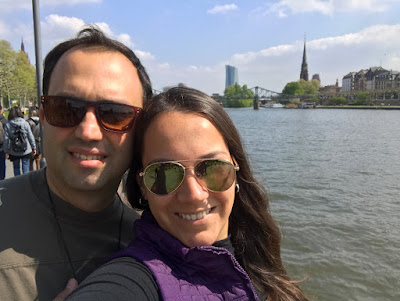 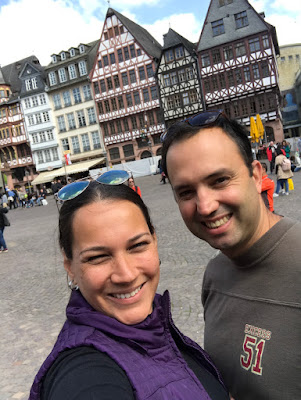 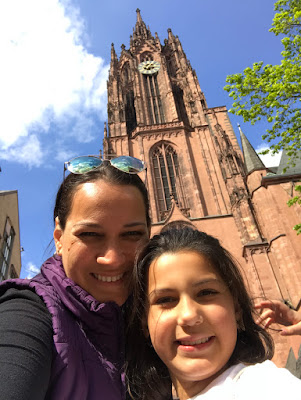 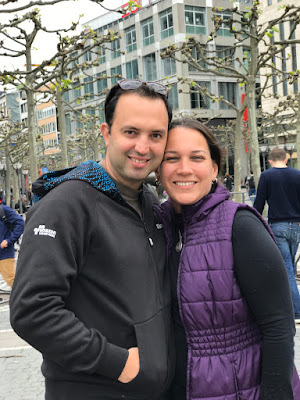 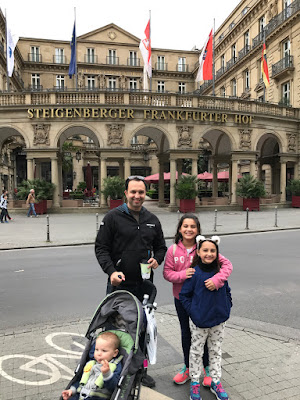 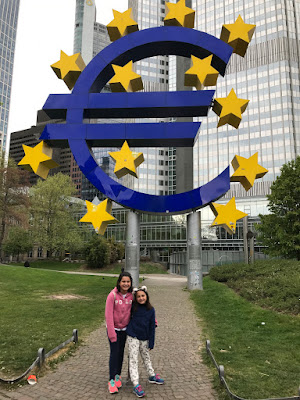 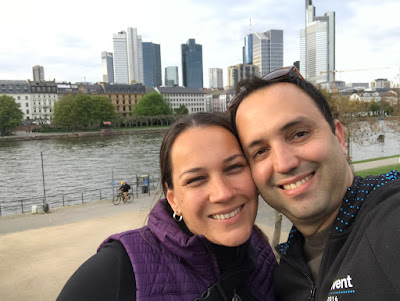 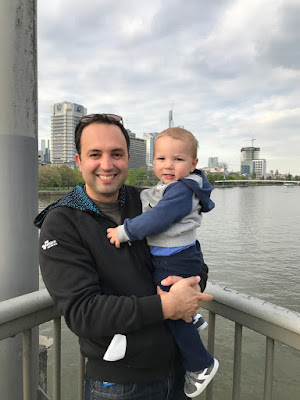 In Germany, we also visited Cologne, featuring one of THE most impressive cathedrals I've ever seen (pictured below) and also where we spent Easter Sunday.  We attended mass in German, which was definitely quite the experience; even though we barely understood anything, the vibe during mass was incredibly powerful and I came out it feeling refreshed and blessed. 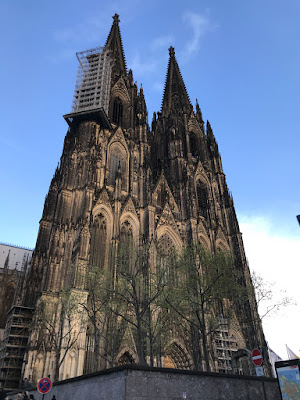 Easter Mass (NOT in the Cathedral, just a random church) 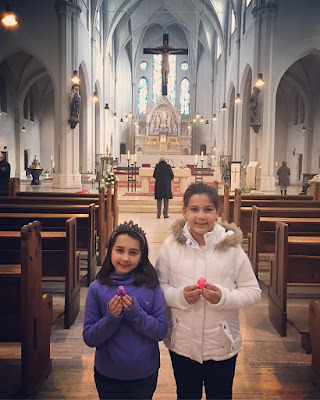 In passing (while we were on our way to the Netherlands) we also visited Dusseldorf.  It was a short visit and the weather was cold, rainy and gloomy while we were there, but Dusseldorf really impressed me with its modern architecture and warm vibe. We visited some of Frank Ghery's buildings and also had lunch at a cute Mexican place (go figure!).  The girls even got EU balloons after crashing a street protest supporting Germany's stay in the European Union...definitely a tale for the ages... 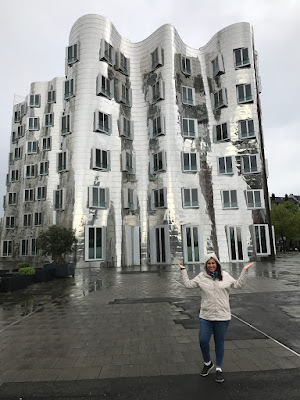 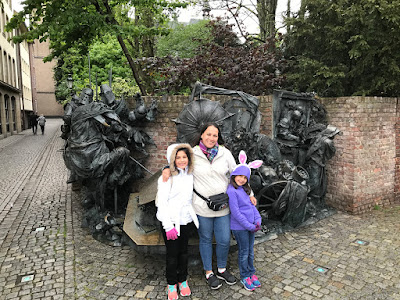 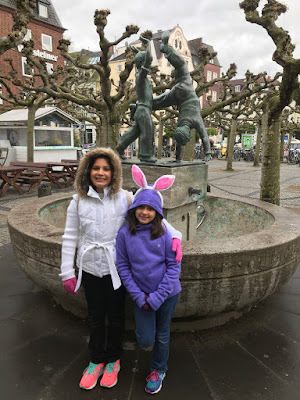 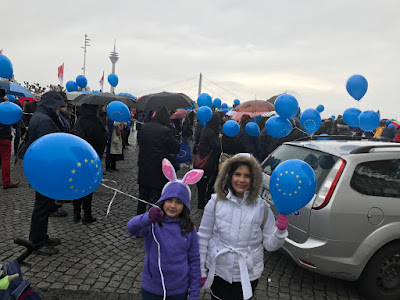 Some things about Germany:
* German people are NOT friendly!  I realize this is such a generalization but the dryness of German people was evident everywhere we went.  They are cold and distant and their "rough" sounding language doesn't help much!
* Highways are FAST! You've probably heard stories about German highways not having speed limits and such but OMG.. some of these people drove way faster than I could cope and it was scary at some points, especially considering that we had a car loaded with kids and all...
* Food prices are decent...now after coming from Switzerland everything seemed to be cheap, but realistically speaking things weren't expensive in Germany so that was nice.
* Germans are fond of Americans.. I know I said German people are not friendly but they definitely are fond of American culture and many things there made me feel like I was visiting a US city, similar vibe, similar foods, similar way of life..

All in all, we really LOVED Germany and it's a country worth visiting again.  I still favor Berlin over Frankfurt but we loved our time there and we are looking forward to visiting Germany again in the future and exploring other cities such as Munich and Hamburg so the country remains on our "bucket list".
Thank you Germany, for a wonderful time!