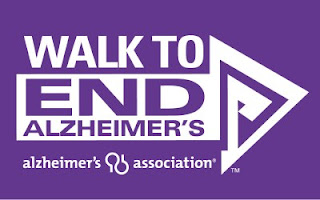 "Alzheimer's is a type of dementia that causes problems with memory, thinking and behavior. Symptoms usually develop slowly and get worse over time, becoming severe enough to interfere with daily tasks."


Up until 6 years ago, I had no idea what Alzheimer's was all about and even then I considered it just a disease that some of my patients had and their family members complained about...
Yes, it was sad to see someone struggling with their most basic daily tasks and not being able to remember who they even were, but it wasn't something personal or anything that affected me directly....
...and then it happened.. Alzheimer's claimed the soul of one of the people I love the most in my life... My godmother, the one who raised me and the one I consider my 2nd mom, started to slip away... I started to lose her to Alzheimer's and didn't have a way to stop it...
She is only 75 year old and is one of the many people (out of millions), who is suffering from Alzheimer's.. She doesn't remember my name or who I am, or even the fact that I was like a daughter to her... My picture means nothing to her and she has even forgotten who she is...
She has started to even show some erratic behavior such as getting naked in public, hiding furniture in her room and a few other things that I don't even want to think about...
It breaks my heart, I feel devastated to even think that I will never have a conversation with that person that loved me so much when I was child.. I breaks my heart to think there are so many people suffering from such a horrible disease... and it will only get worse if we don't do something about it...
So.. along with the sponsorship of the company I work for, I have formed a team and we will be participating in the upcoming "Walk to End Alzheimer's", to take place on Saturday October 29th.
I have already recruited more than 60 people and have raised more than $1500... but I need MORE.. and I'm asking for help!
Please consider donating to my team. ANY amount is worth it and will be welcomed:
This is my godmother.. my NANI.. I love her so much! 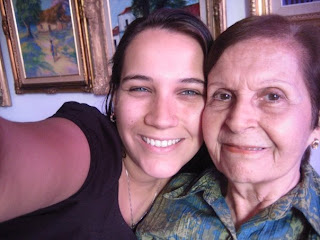