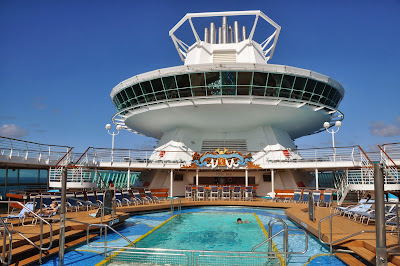 I will start off by saying I'm no cruise expert, and definitely don't claim to be one, but considering I have cruised twice this year, the contrast between both experiences is very fresh in my mind, so I will go ahead and review my latest cruise onboard the Majesty of the Seas from Royal Caribbean International.
The ship is about 20 years old, which in cruise years is ancient pretty old and I could definitely see that the upkeep of it was lacking...(below you will see some photos of what I'm talking about). 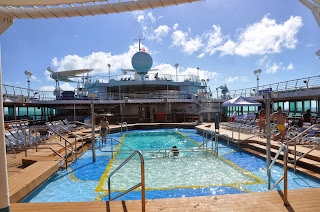 The pool area was nice and spacious; this ship can hold up to 2700 people so it was nice that this area never felt too crowded.  The water was REALLY cold so I would say they could improve that, but oh well.. it's just water and the kids really didn't mind.
Here are some specific things about this cruise experience:
* The Staterooms: in comparison to the Disney cruise, the staterooms were TINY... I felt trapped and it was definitely not comfortable enough for the 4 of us.  It was more of a box than a room, but since very little time was spent in there, the size of the room was not a deal breaker, even though we could have used a little more privacy... oh well!
* The Food: Menu selections were rather limited and the food was just "ok" for me.. the first night I had a steak that was hard as rubber and very dry and the rest of the food wasn't even memorable enough to take pictures of it, so there's that...
* Entertainment: There were a couple of shows and stand up comedians that were pretty good, but the main show on closing night was very cheesy. I did see a lot of talented performers, but nothing really impressed me enough to do it again... they could definitely improve in this department! 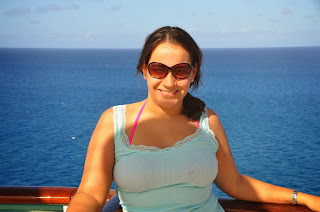 * The service: even though I won't say the service was bad, I will say that it wasn't stellar either.  I had a few encounters with VERY rude crew members that seemed to really hate their job.  I did complain and they apologized very deeply, but I could have done without the crankiness that stemmed from this.  I got a free bottle of champagne and a couple of complimentary pictures from the apology, but then again, wouldn't it be better if the service was just awesome instead?!  Our stateroom attendant WAS in fact pretty amazing and even got in on the "Elf of the Shelf" game and for that he scored some extra tip money a warm hug from me before we left! 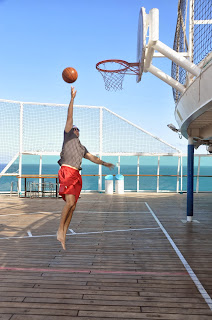 * Activities: tons of activities were available on the cruise, and even though it was a rather short one (3 nights), I will say that we kept pretty busy. Iggy participated in a table tennis tournament and even scored a bronze medal.  There was a huge sports area, fitness center, spa and a few other things which were pretty good.  I have nothing bad to say about this area; they definitely did well and I praise them for that!
* Adventure Ocean: the kids had an amazing time in the kid's club, where they have trained staff members who are pretty good at what they do.  The ship offers several activities geared towards kids ages 3-11.  The only down side is that the club was closed during the "Coco Cay" stop and I though that was crappy.  I'm sure the kids would have loved a few extra hours at the Adventure Ocean, but it is what it is..
* Destinations: since this was a short cruise, the ship only stopped at "Coco Cay" (Royal Caribbean's private island) and at the island of The Bahamas.  We didn't get off at the first stop since I really dislike tender boats, but the stop at Bahamas was pretty awesome.  We didn't buy a ship excursion but rather went with the local option, which was much cheaper and just as good (or even better); we got a guided tour of the island and visited Atlantis Paradise and a few Bahamian beaches, which made for beautiful picture spots! :) 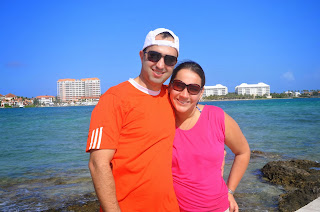 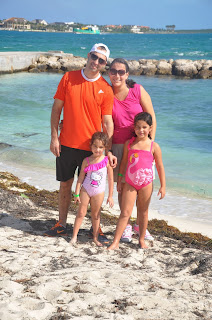 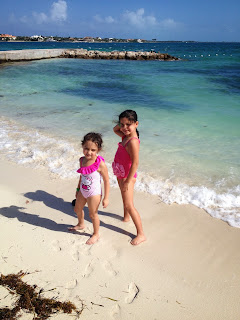 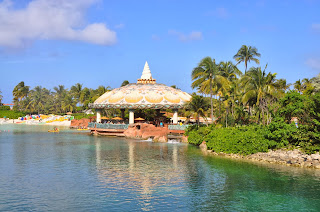 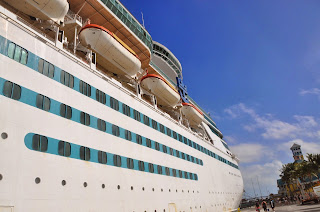 The ship was beautifully decorated with Christmas trees and all sorts of holiday ornaments.
Here are a couple of pictures of the "Centrum" which was the main lobby, where everyone gathered every night and where most of the action happened! 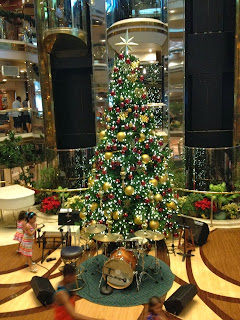 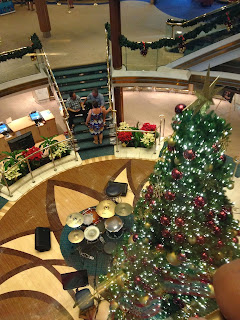 * The "nickel and dime" culture of Royal Caribbean: out of all the things that could be wrong with this cruising experience, the one that bothered me the most was the continued "nickel-and-diming" going on; sodas were NOT included and there were several food items (some very basic ones) that also cost extra, which I think it's just wrong.  And of course I'm not talking about alcoholic beverages, but rather juices, coffee and stuff like that.  Also, I found staff members often harassing me to buy extra things, which got a little tiring and annoying!

And here a pictures of the ship's "flaws", which definitely took away from the whole experience.
I would have certainly liked a nicer, newer and better ship and I strongly believe Royal Caribbean could do a MUCH BETTER job at maintaining the Majesty of the Seas. 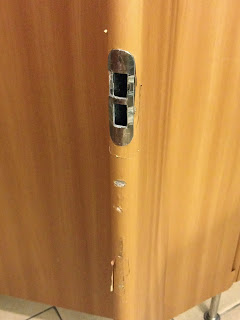 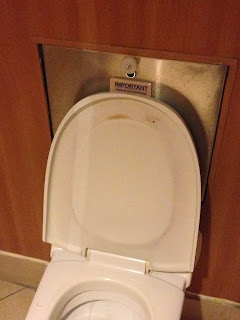 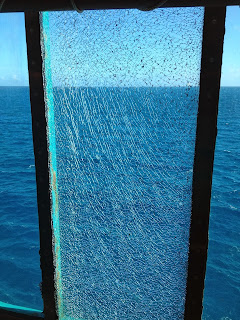 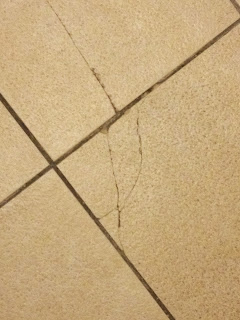 So, for all fellow travelers and cruisers out there, I'm going to recommend against cruising on this particular ship.  I have heard much better things about other ships from this cruise line but I will say this one didn't impress me at all.
After cruising with Disney and seeing how AWESOME a cruise could be (old ship or not), I will stick to paying a little more and getting the best experience possible. I will NOT be using this cruise line again any time soon and will probably submit some of my blog comments to their customer service department!