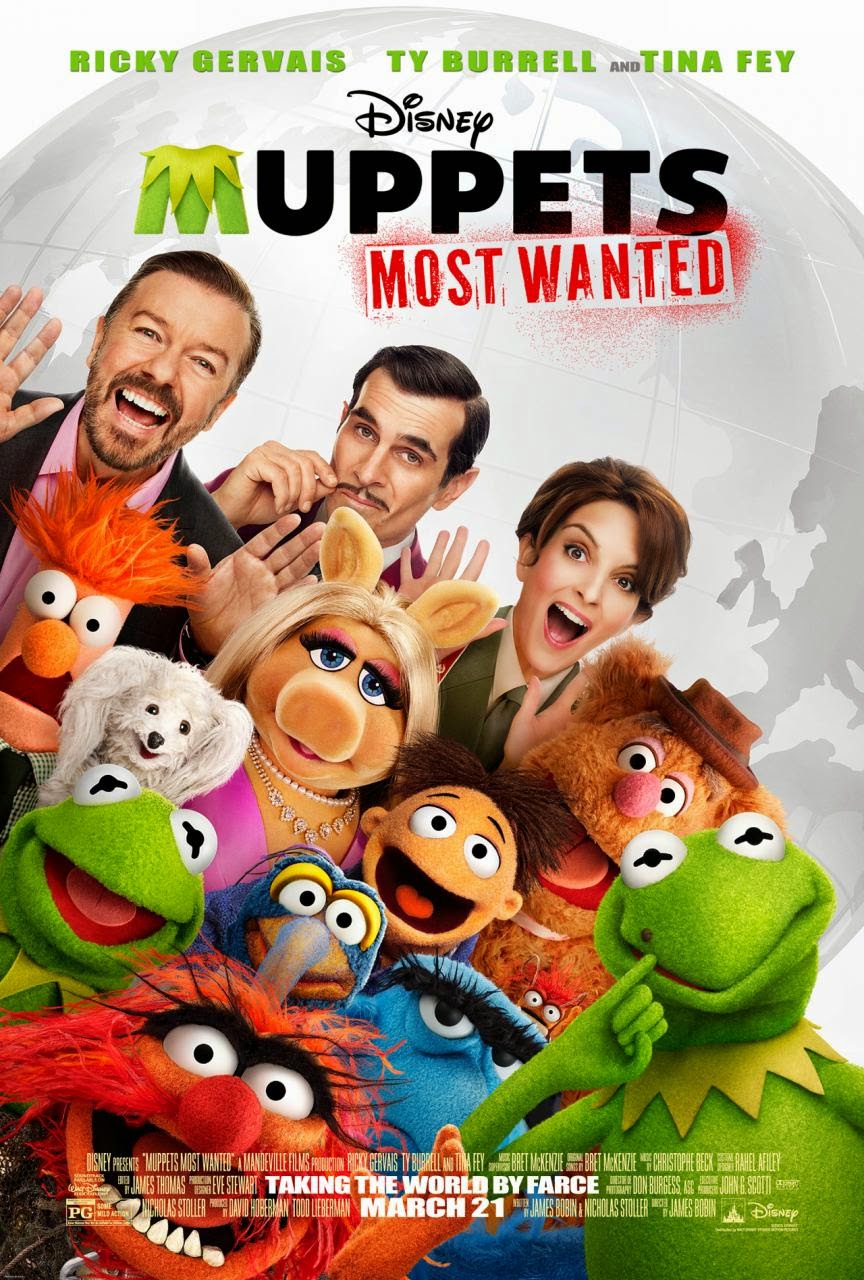 I'm usually on the fence when it comes to movies that mix people and puppets or cartoons, but the Muppets are a classic so I caved and took the girls to see "Muppets Most Wanted", which opened today!
The movie features a couple of my least favorite actors (Ricky Gervais and Tina Fey), so it's hard to like it from the get go, however I will try to be as objective as possible about this review.
The story revolves around "Constantine", a dangerous criminal and Kermit impostor, who tries to use the Muppet gang for evil purposes (stealing some valuable jewels in London) with the help of  Mr. BadGuy. The Muppets are on their world tour, being co-managed by Mr. BadGuy and Kermit ends up in the jail from which Constantine escaped when his identity is mixed up with the other guy's and the Muppets go through some tribulations as they are cheated by the bad guys. They then realize that Kermit has been replaced and get on a hunt to find him.
The story is bit lame and the movie's pace is relatively slow; it was a bit "sleepy" for my taste and I think the character development was lacking a bit; although I did appreciate the scenes from some of my favorite European cities in Germany, Spain and England.
Of course the movie explores several key concepts such as friendship, love, trust and others but it was missing "something" and even the girls thought it was a bit redundant.
I also feel like they could have included some more musical numbers or more appealing story lines, or even funnier scenes.  There were some funny cameos (Usher, Zach Galifianakis and a few others), but I felt like it never really took off and it barely got my attention.  I think the movie had potential but it definitely did not meet my expectations!
This one gets 2 out of 4 stars in my book! Not worth a trip to the theater in my opinion!
Posted by Stories of a Happy Mom at 11:25 PM