I will say that October is my least favorite month of the year.. for me, it's just "blah" (I'm sorry if your birthday happens to be in October!)...
With that said, it's always fun to see all the Halloween/Fall decorations come out, especially when people go wild...!
Today, for example, I drove by a house and I had to stop to take some pictures... wow!
Thankfully the owner was super friendly and even encouraged me to take pictures of his creation..
I don't think I've EVER seen a house so decked out.. It was a bit overwhelming and kind of creepy!!!
Here are some of the pictures I took 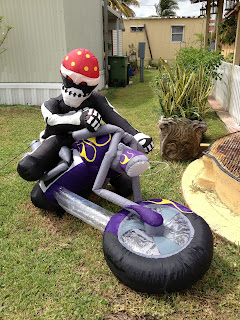 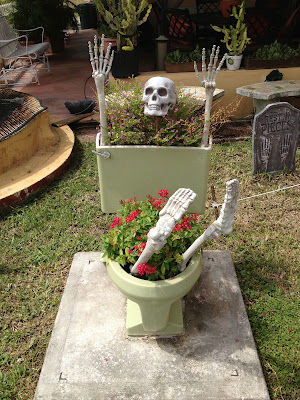 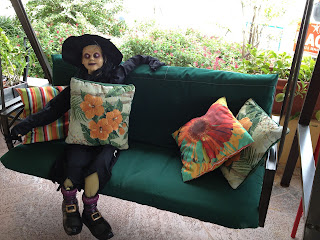 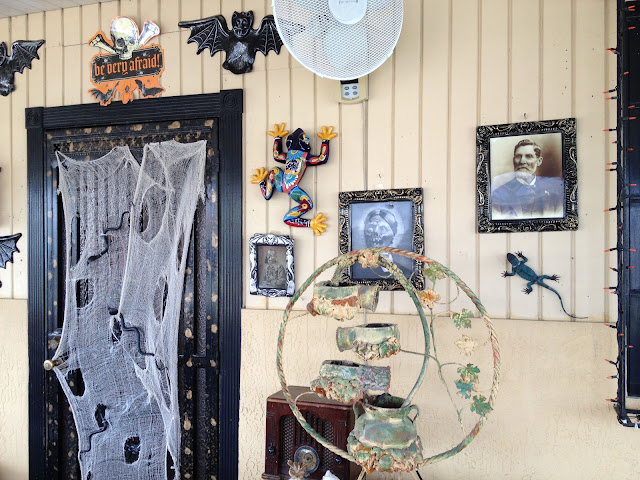 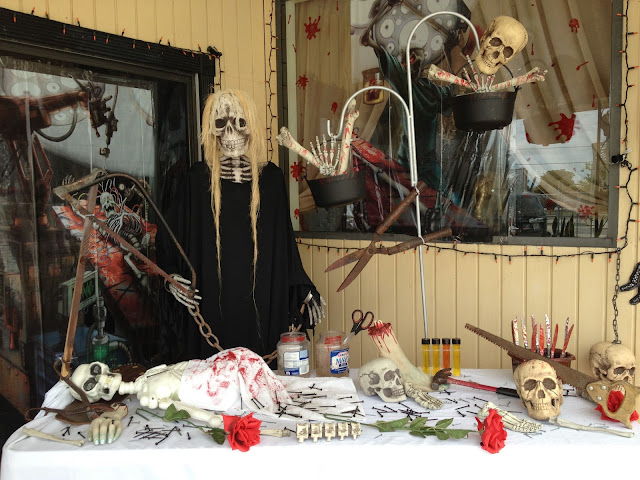 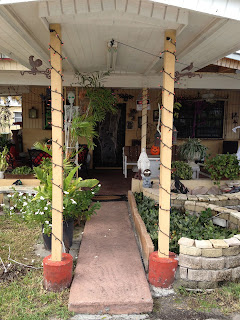 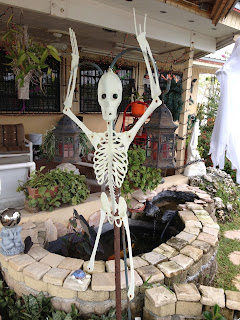 ...and in honor of October, which is the official month for Halloween, I've gone back a few years and wanted to share a picture of Olivia's first Halloween (bak in 2007).. She was 3 months old so her costume wasn't all that, but it was cute still.. She was a Pink Kitty.. Here she is with her cousin Erika, who went as a bumble bee! Too cute! 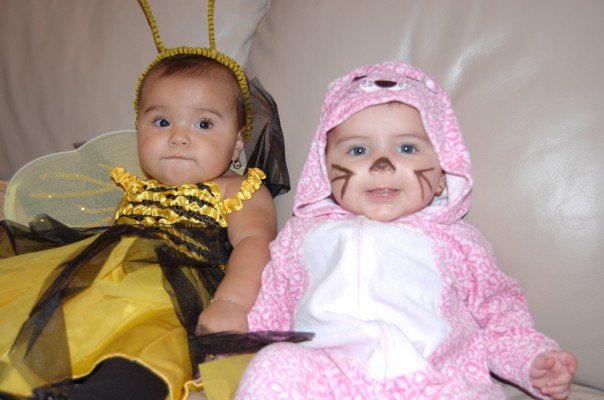 .. so here's to another fun October!! I will post some old Halloween pictures in the weeks to come..

i HAVE to get decorating too, now just to get the hubby in the attic and bring everything down!

Stories of a Happy Mom said...

Thank you for following! I'll make sure to visit your blog! ;)