Congratulations to my parents and sister who are now American citizens!!!
They had their "Oath Ceremony" this morning and it was a rather emotional event. They became citizens along with 180 people from 26 different countries around the world. The ceremony lasted about 45 minutes and it included the "Pledge of Allegiance", a photo montage of immigrants throughout the years and a recorded speech by president Obama. I attended along with Gaby who slept in my arms the whole time...
At the end of the ceremony, the song "God Bless the USA" was played and everyone sang and waved American flags... very exciting!
Here are some pictures from today's ceremony. 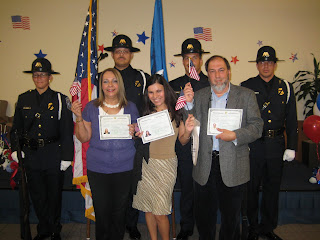 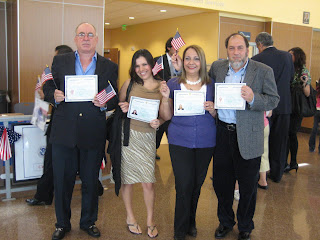 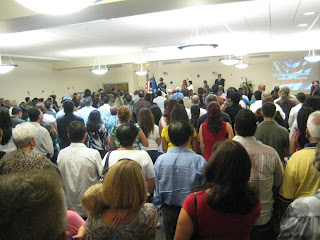