Iggy and I decided to go shopping at Sawgrass Mills Mall at 1am... it was so much fun...
The mall opened at midnight and my sister was nice enough to babysit for us, so we took on the adventure and went with the mob....there were very good deals all around but we only bought some clothes at Banana Republic, which was 50% off!
Later today we went to Pembroke Lakes mall to continue on our shopping spree. I bought some more clothes and cute shoes....
Happy Black Friday!!
These two pictures were taken at the mall between 2am and 3am! Crazy!!! 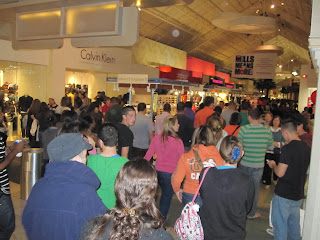 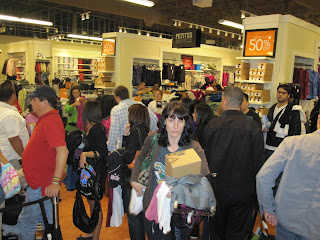