Struggling with my self image 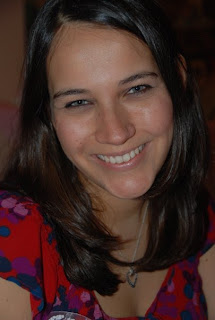 I don't know what's wrong with me lately, but I have been having such a struggle with my self image... I feel so fat, even though I have lost a few pounds and I'm starting to fit into some of my old clothes... I just feel like it's never enough..
Also... I used to feel comfortable with no make-up and lately I just feel so ugly without it...maybe I need a haircut or just a whole make over! who knows!
For the first time in a long time, Iggy actually said something about it... he told me "you gotta take care of yourself"... At first I thought it was really mean for him to say that, but then I realized that he tells me that because he loves me and he sees how unhappy I am with the way I look...
I don't know where this self image crisis is coming from, but it sure is making me feel like crap!
Posted by Stories of a Happy Mom at 9:10 AM

well here is what i think!!! everytime i see you, you look BEAUTIFUL!!! but our hubby's do make sense even when we dont think they do... and they do it with the best of intentions... but i totally understand how you feel... im struggling with the same things and then some lately!! MAYBE we need makeovers lol :) xoxo

Adriana you are beatiful! I can understand where you are coming from, we do so much for others but rarely take time for ourselves. Splurge, you deserve it :)

I can also understand 100% where you are coming from, go out and treat yourself to a day! I find that If I just put on a teeny bit of makeup everyday I feel so much better :)

You deserve to treat yourself!

Once kids come along, I think we put some much thought, love and effort into making their lives wonderful that we forget about ourselves. I have been struggling with the same issues lately, but I think I am coming around!

I think you look BEAUTIFUL every time I see a picture of you. I felt the same way about myself after having Solana. It got to the point that I couldn't even stand looking in the mirror. Then I chopped my hair off, and I feel like my old self again. Maybe that's all you need? Try something new? You may feel better :) (Although I STILL think you look great)